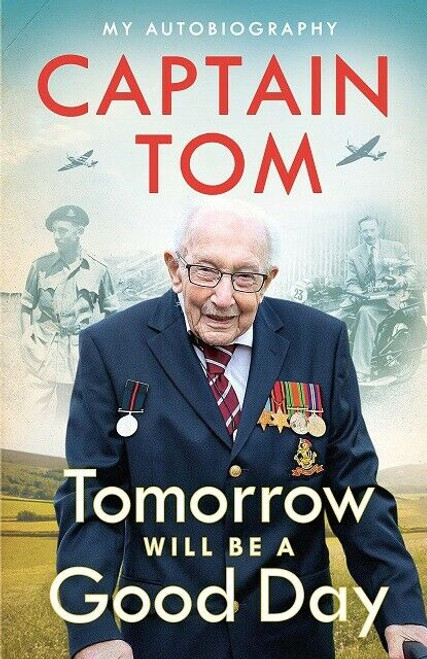 Tomorrow Will Be A Good Day

Who is Captain Sir Tom Moore?

You've seen him on the television walking the length of his garden. A frail elderly man, doing his bit at a time of crisis. But he wasn't always like this.

Where did he come from? Where was he made?

From a childhood in the foothills of the Yorkshire Dales, Tom Moore grew up in a loving family, which wasn't without its share of tragedy. It was a time of plenty and of want. When the storm clouds of the Second World War threatened, he raised his hand and, like many of his generation, joined up to fight.

His war would take him from a country he had never left to a place which would steal his heart, India, and the Far East, to which he would return many years later to view the sight he had missed first time around: the distant peak of Everest.

Captain Tom's story is our story.

It is the story of our past hundred years here in Britain.

It's a time which has seen so much change, yet when so much has stayed the same: the national spirit, the can-do attitude, the belief in doing your best for others.

In this rich, happy life packed with incident you will encounter time and again the curiosity, courage and generosity that saw Captain Tom look around him during our current crisis and decide that something had to be done . . .

Lost Without You - Loving and Losing Tanya by Vinnie Jones (Hardback)

And Now For The Good News... To The Future With Love by Ruby Wax (Hardback)

A Life Lost Jackson Is Haunted By A Secret From His Past by Cathy Glass RRP £7.99 Jackson is aggressive, confrontational and often volatile. His mother, Kayla, is crippled with grief...
£7.99
£6.49
Add to Basket

*By completing this form you are signing up to receive our emails. You can unsubscribe at any time.